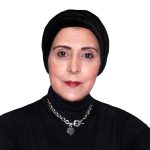 Hafida Balalioui Torres, born and raised in Casablanca, Morocco, she comes to New York on 1999 and started her journey as a community leader. She has a Master’s degree in Special Education and a Masters’ degree in early childhood Intervention, Touro College. She has a Bachelors’ degree in Hospitality Management Sales and Marketing, City Tech College, and a Also, she is a New York state board certified Special Educator and a licensed applied behavior analysis therapist, and a Certified Bilingual developmental Evaluator Early Intervention and Special Education , and a licensed Health and life Insurance broker..

She is a community leader, Founder and President of the Moroccan American Council to Empower Women Organization, MACEMW, Brooklyn. She is one of the founders of Moroccan American House Association,  and one of the founders of the Moroccan Society of New York Association, , she is an Advisor at COPO, (Council of all People’s Organization), and member of the Bridge Project, Multicultural and Advocacy Project. She is one of the steering committee of AMCN (American Moroccan Competencies Network) Organization, She is the Project Lead of Autism Committee at AMCN organization with the partnership of Autism Speaks Organization and Moroccan government and Moroccan NGOs.

She is a Storyteller who wants to bring the Moroccan storytelling culture and merge it with the cultures from all over the world here in New York, and specifically in Brooklyn, she is an alumni of WAAB, “We Are All Brooklyn Fellowship Organization, 2013, she is a FBI Citizens Academy Alumni, and NYPD Citizen Academy alumni, 2014. She is nominated the Extraordinary Woman of Bensonhurst, Brooklyn 2013 by the District Attorney of Brooklyn Charles J Hynes, she was nominated Top 10 women in the business by the Home Reporter Bay Ridge Newspaper; she received many recognition certificates from the City Councilman, and she was nominated Brooklyn’s Women of Distinction, 2016, and received a Citation from Brooklyn Borough President Eric Adam. She received an award of Shirley Chisholm Woman of Distinction 2018 from the City Council Member Jumaane Williams and Lauri A. Cumbo the majority leader the New York city Council